on February 06, 2017
There's always an avalanche of articles published in the new year with predictions of the food and drink that will be  "trending"  and what we should be adopting to remain cool .

Frankly, as much as I love to try new ingredients, the hunt for a bit of strange, in these "interesting times", I'm comforted by something familiar and that reeks of ol' Blighty .
And it's the old stuff, the classics, that await the younger generation to hunt down. Here's a few of my favourites from the 19th Century to get things started.

At first whiff, Gentleman's relish was an instant flashback to my school packed lunches, Peck's Anchovette paste on spongy white bread, served at school bag temperature of around 29 degrees celsius. Them were the days. Patum Peperium, the Gentleman's relish is another paste not for the faint hearted. It is made from salted anchovies, butter and some very punchy herbs and spices. A little goes a long way and as recommended, a smear on hot toast is a mouthful of savoury delight. It was developed by Englishman, John Osborn in 1828, won a Citation Favourable at the Paris Food Show in 1849 and in 1855 and is still made in England by Elsenham Quality Foods.

Another pot of deliciousness from the 19th century, Sarah Jane Cooper, wife of grocer Frank, made a huge batch of marmalade using Seville oranges and it was a best seller. It is bitter, sweet, with dark caramel notes. That's why it works so well in a breakfast martini!

Put everything into a cocktail shaker and stir to dissolve the marmalade.Add crushed ice, shake and strain into a cold martini glass, spritz the surface with a little fresh orange skin oil to serve.

👌Use a few heaped tablespoons of marmalade mixed with some mustard powder to glaze a baked ham or go total comfort with this homely pudding from Nigella .

Preheat the oven to 180°C/gas mark 4/350°F and butter a 24cm / 8inch square ovenproof dish. Put the 75 grams of marmalade and juice of ½ orange into a small pan and set aside to make a glaze later.
Put all the other ingredients for the pudding batter into a food processor, process them and then pour and scrape the batter into the buttered dish, smoothing the top. If you’re not using a processor, cream the butter and both sugars by hand or in a freestanding mixer, beat in the marmalade followed by the dry ingredients, then the eggs and finally the orange zest and juice.
Put in the oven and cook for about 40 minutes – though give a first check after ½ hour – by which time the sponge mixture will have risen and a cake tester will come out cleanish. Remove from the oven and leave in the dish.
Warm the glaze mixture in the pan until melted together, then paint the top of the sponge, letting the chunks or slivers of peel be your sole, unglinting decoration on top of the mutely gleaming pudding-cake. Know that this sponge will keep its orange-scented warmth for quite a while once out of the oven, so you could make it before you sit down for the main course.
Use a large spoon or cake slice (or both) to serve, and put a jug of custard or cream on the table to eat with.


Although this product is over 200 years old, it is terribly modern, it could join the ranks of "beetroot soil" and "porcini powder" as being cutting edge,maybe re-branded as golden mustard dust?  A great store cupboard ingredient, a teaspoonful to boost a cheese sauce, one of the essential spices in Piccalilli and mixed with vinegar, sugar, salt and a dash of cream makes a fabulous retro dressing to serve with hard boiled eggs or gravadlax.

👌 Use with equal quantities of mustard powder, paprika, garlic powder, dried oregano and flaky sea salt as a dry rub for chicken or pork. Or use this rub for crispy oven baked chicken.

Place the chicken pieces in a large plastic bag, pour in the buttermilk to coat all of the chicken. Seal bag and leave in fridge to marinate for a minimum of 2 hours and a maximum of 2 days. Pre-heat oven to 200 C, 400 F and lightly oil a large baking sheet. Remove chicken from the buttermilk and wipe as much of it off as possible using kitchen paper. Prepare 3 dinner plates, one for the spices, one for the beaten eggs and one for the corn flakes. Dredge first in spice mix, then eggs, then crumbs. Place the coated chicken on the baking sheet, grind over some black pepper and cook for 30 to 40 minutes or until golden with clear juices. Serve with homemade coleslaw.

👌 In season this month, mussels, blood oranges, oysters,mackerel cauliflower and rhubarb, but the rhubarb is hideously expensive so maybe wait a few weeks for that.

Have a great week and let's hope for a less interesting time. 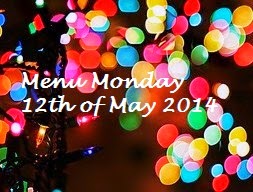 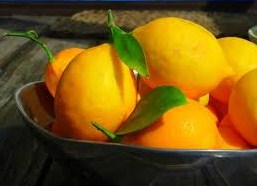 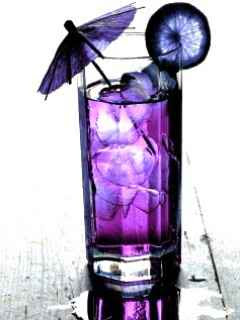